Emily Tang liked her old life in China. Her parents described her as one of the top students in her class and a teacher’s dream. But on May 22, 2016, Emily, along with her mother and brother, moved from Guangzhou, China to San Francisco to reunite with her father. It was a reunion of sorts for the Tang family as Emily’s dad spent years in the United States trying to secure citizenship for his family. The transition was tough on the entire family, especially Emily. “At the start, I didn’t even know an English word,” Emily said. “So, I can’t finish homework. And I don’t know what the teacher’s saying. So, I can’t learn anything.” Emily’s parents enrolled her at the Chinese Education Center, an elementary school for newcomer immigrants. After one year at the Chinese Education Center, Emily transferred down the street to John Yehall Chin Elementary. In less than two years, Emily has gone from a once-shy young girl to a blossoming student who is quickly mastering the English language. 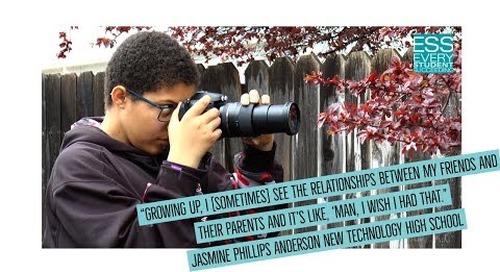 When she transferred to Anderson New Technology High School, a school of 200, Jasmine Phillips had trouble ... 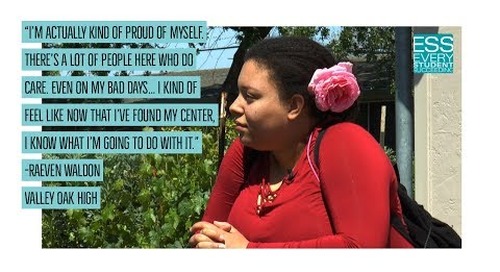 When she first got here, she was, like a lot of our students… guarded and sheltered and a little lost and c...