Home » News Articles » We are significantly disproportionate, now what?
× Share this Article

We are significantly disproportionate, now what?

The following article was written by Adam Clark, superintendent of Vallejo City USD.

In fall 2017, Vallejo City Unified School District was identified by the California Department of Education as being Significantly Disproportionate.

Similar to many districts throughout California, VCUSD also faced budget shortfalls, flat test scores and a shortage of qualified educators. As the newly appointed superintendent, these were just a few of the many tasks that needed immediate attention. Although this might appear daunting, addressing Significant Disproportionality was actually an opportunity to understand the culture, infrastructures and belief systems in my new school district. Developing the Comprehensive Coordinated Early Intervention Service (CCEIS) Plan would provide a clear picture of the district’s needs.

Under the leadership of VCUSD Special Education Director Rachel Chang, a team was assembled to lead the process of addressing disproportionality. The team included behavior intervention specialist, Victoria Galbert, and technical facilitators Mildred Browne, Gary McHenry and Suwinder Cooper. They dove into the programmatic improvement process under the guidance of the State Performance Plan Technical Assistance Project.

The team led meetings with multiple focus groups, which included students, parents, teachers, counselors, psychologists and administrators. These groups worked in partnership to complete a district self-assessment and to discuss the results through a cultural lens. Director of Information Technology Lucius McKelvy provided disaggregated data by gender and ethnicity in relation to academic achievement, attendance, and discipline. Our district utilizes various information systems such as Aeries, Special Education Information System (SEIS), California Department of Education DataQuest and California Longitudinal Pupil Achievement Data System (CALPADS). The team conducted a reflective analysis through the cultural lens of VCUSD policies, procedures and practices, as well as a deep dive into processes such as special education eligibility standards, student study team processes and intervention strategies.

The data were presented to stakeholders during a meeting held at the district office. Stakeholders included the leadership team, parents, community members, and employee groups. Participants had the opportunity to analyze the findings and discuss the implications for racial and ethnic disparities within the district.

During the meeting, there was a level of discomfort and tension amongst the stakeholders. VCUSD was identified as having a significant disproportionality of white students identified in the category of emotional disturbance.

Through this process, it was determined that the root causes of the district’s disproportionality included: data quality, underutilization of Section 504, shift in socioeconomics and ethnic demographics, implicit bias and cultural dissonance, an inconsistent pre-referral process for special education, inconsistencies in instruction and access to curriculum across the district, minimal parent involvement and lack of transparent infrastructure.

Once the CCEIS plan was completed, we had a clear understanding of the culture, infrastructures and belief systems of VCUSD. I was proud of the plan and stood by the findings as well as the recommendations. However, I was concerned about the high number of plans and initiatives that were already present.

The root causes identified in the CCEIS plan were not isolated to one particular department or school within the district. These were areas that we needed to address in order to improve the educational experiences of all students, not just those who were identified as being disproportionate. In order to address our shortcomings, we needed to pursue systemic alignment. It was imperative that we establish a culture that aligns our daily decisions and actions with the strategic direction of the district.

Often the message from the top of an organizational chart can mutate as it is communicated throughout the organization. In order to avoid this, I developed a Superintendent’s Action Plan (SAP) that addressed many of the issues identified in the root cause analysis. We also examined our Local Control and Accountability Plan to determine where similarities existed. A strategy to communicate and execute the plan was put into place. We focused on trust and engagement in order to roll out the components of the LCAP, CCEIS and SAP.

Although we are still striving to achieve our goal of supporting all students, the alignment of these three plans is increasing our chances of success.

More information about Vallejo City USD can be accessed at http://bit.ly/2C3XuCI. 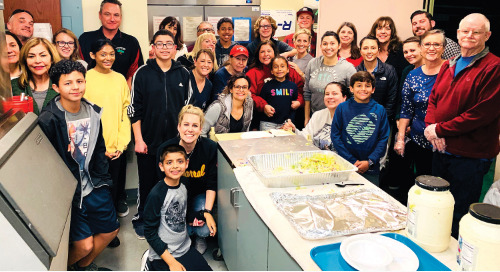 Chaparral Middle School teacher Sherry Robertson has been showing others the importance of giving back thro... 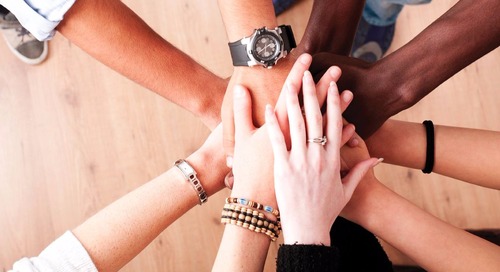