Charlie Hoffman, superintendent of Shasta-Trinity ROP and Bella Vista ESD, was elected Vice President of the board, which puts him in line to be ACSA President in the 2021-22 year. Hoffman, who ran unopposed, has been an ACSA member since 1997 and has represented Region 1 on ACSA’s CTE Council, Superintendency Council and the State Board.

ACSA Executive Director Wes Smith gave the Leadership Assembly an update on the accomplishments ACSA has had in the 2018-19 year. Highlights included ACSA’s response to the Camp Fire by donating 2,000 Chromebooks to help establish makeshift classrooms for students displaced by the fire, strike support and training materials to help districts facing teacher strikes, creating an equity department with its own roster of academies and conferences devoted to the topic, and representation on the governor’s Charter Task Force.

“As you get better and we get better at serving you, we know students benefit,” Smith said. 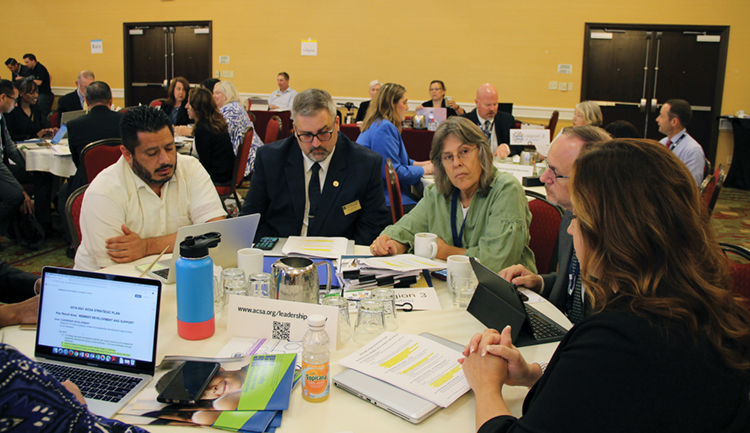 Also on the agenda, ACSA Chief Operations Officer Scarlett Vanyi led a discussion on ACSA’s Strategic Plan. Regions discussed at their tables how to support second-year milestones in the plan at the region and charter level.

ACSA Senior Director of Equity Marguerite Williams led an exercise on the cycle of socialization and how biases, ideas and stereotypes are learned from loved ones and institutions.

As the final Leadership Assembly of the 2018-19 year, the meeting ended with the installation of next year’s ACSA President and Board of Directors. 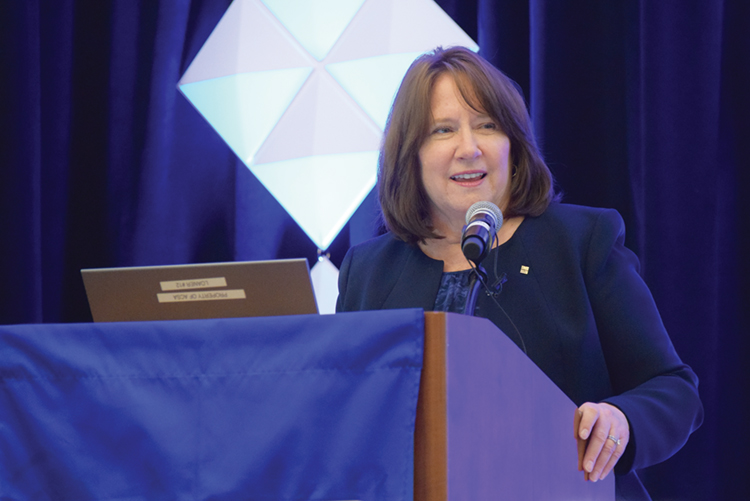 Linda Kaminski, superintendent of Azusa USD, was installed as President. Speaking to the Assembly, Kaminski shared a realization she had while staring at a poster featuring doors at Harvard University — doors that were all closed.

“Like a flash, I thought, that’s it, that’s my job. My job is to make sure that when a student walks across the stage for high school graduation, they have a key to go through any door they want. They get to pick the door, and we’ve given them the tools, we’ve given them the keys to make that selection,” she said. “That’s important work that I can’t do without you — that we can’t do unless we work together. And I want to thank you now for what you have done and what we will be doing next year.” 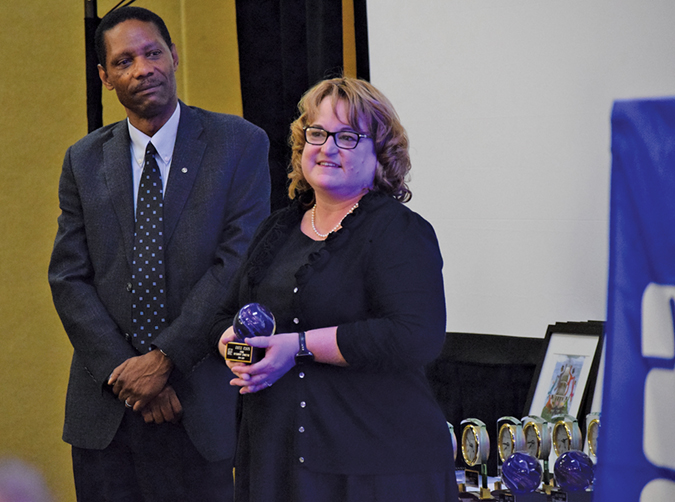 More than 200 parents, educators and interested citizens filed into the State Board of Education meeting on...