Mickaela Valenti often finds herself transported to a new world each time she enters the art room at Stockdale High in Bakersfield.

“I just keep working,” Mickaela said. “Sometimes I don’t even notice that the bell has rung.”

Her passion for her portraits are evident to anyone who has seen her work.

“She’s our example to other students that I work with,” Stockdale High special education teacher Mickey Padilla said. “I say, ‘Look, if you guys want to put the effort behind it and the work behind it, you can be a Mickaela too. You could be a student that can strive and do wonderful things.’”

But there was nothing wonderful about Mickaela’s early struggles.

“During my childhood, I had a hard time reading and writing and speaking,” Mickaela said. “I thought it was normal. ‘She’s probably just stupid.’ I was told that a lot.”

Mickaela’s parents worked with her every night to improve her skills. They enrolled her in special education classes. And they brought in Padilla every week during the summer to help Mickaela with her studies.

“Some days were head down on the table not wanting to do things, but then she would get up,” Padilla said. “And I would say, ‘We only have this amount of time and if you can get through it, we can do great.’ And she would work through it.”

But the bright spot for Mickaela came through her new-found love of art.

“When I couldn’t say what I meant and my big sister wasn’t there, I had to somehow be able to communicate,” Mickaela said. “So I was able to draw sometimes. Or point out things. So I always liked drawing or looking at images to make sure I’m able to communicate.” 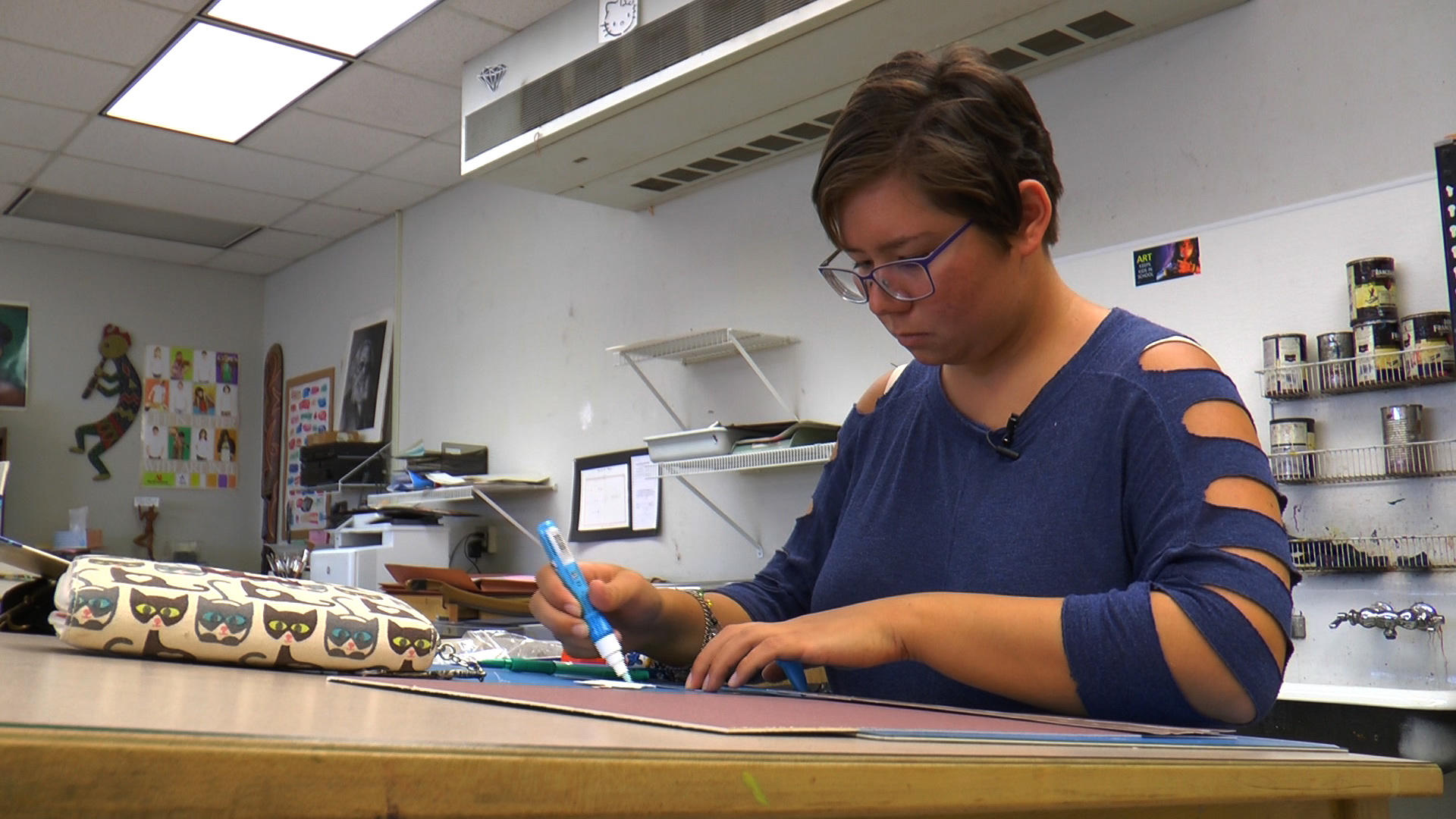 Mickaela honed her craft through countless hours of painting, drawing, and sculpting. She’s known for her two-dimensional characters that consists of cutting out thousands of tiny pieces to create one beautiful work of art.

“Patience is like the number 1 thing I have to have in doing this,” Mickaela said. “Since it’s very time consuming, one piece can take about a month while others can take about a couple of weeks. It all depends on what you’re willing to work on.”

Her hard work paid off when Mickaela became the first special education student in the history of Stockdale High to take an advanced placement course: AP Art.

“I never thought I’d be able to do it,” Mickaela said, fighting back tears. “I honestly thought that I would never be able to do an AP class.”

But not only did she enroll in the class, she thrived in it.

“I have most of my AP students take AP classes in everything else,” Stockdale High art teacher Linda Hyatt said. “They’re top performing students. But in terms of their production in the art, Mickaela outshines any student I’ve ever had in AP Art.”

The young woman who was frequently called “stupid” is now making history. The speech delays are gone. The reading and writing skills vastly improved. Her art is immaculate. It’s been quite the journey for Mickaela Valenti. But she’s grateful for all of it because of where she is now.