Gov. Newsom released his first state budget proposal, which includes $144 billion in General Fund revenues. The governor has been steadfast in his goal of strengthening California’s public school system and has proposed a fiscal framework that supports students across the vast educational spectrum.

As part of the Proposition 98 guarantee, the governor’s proposal calls for $80.7 billion dollars for K-14 public education, including $63 billion dollars for the Local Control Funding Formula and $576 million in additional Proposition 98 funding for expanded special education services. The budget proposal also includes $3 billion in one-time non-Prop. 98 General Funds as an immediate relief to districts to address CalSTRS related expenditures. We thank the governor for responding to the call from school leaders on multiple fronts, including attempting to mitigate the impact of increasing employer contributions.

ACSA appreciates the governor’s continued investment in LCFF, which has provided education leaders and statewide districts with the resources to make decisions that benefit their diverse student bodies and communities. We applaud the governor’s goal of streamlining school accountability data and making the information easier to understand for both families and educators.

A focus for the governor has been a commitment to the expansion of statewide early childhood education programs, including creating more slots for low-income children in the State Preschool Program and making $750 million in one-time General Fund resources available to expand universal full-day kindergarten. We applaud the governor’s commitment to California’s youngest learners and share his perspective that early childhood education is critical to helping close chronic achievement gaps. ACSA will partner with the new administration and the Legislature to work through the finer details of Gov. Newsom’s proposals to ensure that we utilize limited resources in the most effective way possible. 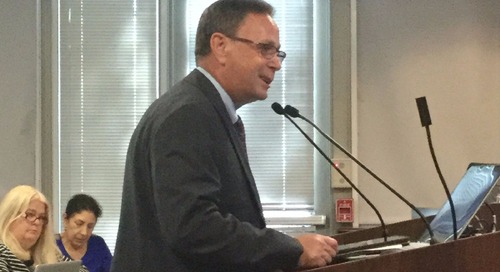 CBOs: Predicting the future for our kids