The study examined how six large urban school districts implemented a concept called “principal pipelines,” a strategic approach to the hiring, preparation, evaluation and support of school leaders, and how it improved an array of outcomes. The Wallace Foundation funded the $85 million, six-year initiative, the results of which were detailed in the report, “Principal Pipelines: A Feasible, Affordable, and Effective Way to Improve Schools.”

RAND researchers found that schools in these districts that received a newly placed principal outperformed comparison schools in both math and reading. After three years, schools with new principals in these districts outperformed comparison schools by 6.22 percentile points in reading and 2.87 percentile points in math. These results are sizable: They suggest that a school whose students would otherwise have been at the median of the state reading achievement distribution without the initiative were instead at the 56th percentile. Lower-performing schools in particular benefited from the approach.

Researchers did not find any other comprehensive districtwide initiatives with such demonstrated positive effects of this magnitude on achievement.

“Our study provides compelling evidence that when districts set clear leadership expectations and used those standards to hire, develop and support strong leaders, then principals, schools and students benefited,” said Susan Gates, lead researcher on the report, in a press release. “The positive effects were remarkably widespread across grade levels and across districts.”

Researchers also found that the approach can be affordable. Participating districts spent $42 per pupil each year to adopt the approach — an estimate that includes activities that districts were doing prior to the initiative.

Researchers also noted that the effects of pipeline activity kicked in early, with improvements noted in the earliest cohorts.

“This groundbreaking study by RAND adds to a roster of findings that together show that building principal pipelines is feasible, affordable and effective — and can also be sustained,” said Will Miller, president of The Wallace Foundation, in a press release. “We now have compelling and meaningful evidence that pipelines can be a major strategy for large districts to improve schools and raise student achievement.”

The Wallace Foundation launched the Principal Pipeline Initiative in 2011 to determine if large urban school districts could build pipelines and whether stronger pipelines would improve schools and raise student achievement districtwide. It initially awarded grant funding of $7.5 million to $12.5 million to each district to cover part of the costs of setting up the pipelines. Districts were given additional funding of $430,000 to $1 million each to strengthen the skills of principals’ supervisors.

“This study has important implications for school districts trying to improve student achievement,” said Jody Spiro, director of education leadership of The Wallace Foundation. “The findings show that the achievement effects were notably large for the lowest performing group of students. That means states and districts could use federal Title 1 money to promote pipelines in their statewide school improvement plans.”

A majority of Californians support teacher strikes and more funding for education, but Californians are eve...

In an effort to address this new epidemic, the Las Virgenes USD has been aggressive in its efforts to educa... 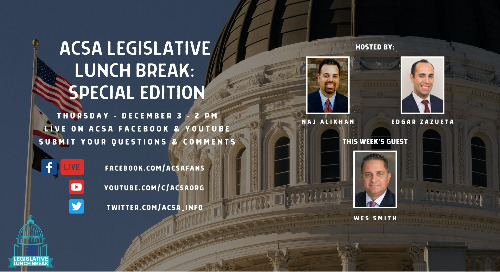