Jorge A. Aguilar, Superintendent of the Sacramento City Unified School District, has shared with ACSA SCUSD's Board of Education Resolution No. 2992 as related to school shootings in the United States. Here you can find the original PDF version as well as find its contents below. Aguilar wrote, in part,

The threat of gun violence is an important concern to many of us. Students, parents and community members across the country are still mourning the loss of innocent lives lost in Florida and are rightfully asking questions about what more can be done to protect students. [We stand] with the students of Broward County Public Schools and the nation in demanding effective and comprehensive action from the federal government to protect school children, including our school-children, teachers, support staff, parents, and others visiting the schools of the District.

Preparedness starts with all of us making safety a top priority. You can also take a moment to watch this public service announcement by SCUSD and Police Chief Daniel Hahn, where community members are encouraged to report any potential threats to law enforcement.

WHEREAS, there is a need for the nation’s major city school systems to express their positions on school safety matters that affect its students and the children residing in its cities; and

WHEREAS, thousands of students have publicly expressed concern for their safety and wellbeing and have indicated that policymakers should act immediately to protect them in school and beyond; and

WHEREAS, the leaders of the nation’s major city public school systems respect the concerns of their students, and support the growing civic and social participation of high school students that was inspired by recent events; and

WHEREAS, since the school shooting in Columbine in 1999, there have been numerous other school shootings, including those in Red Lake (MN), Lancaster (PA), Blacksburg (VA), Chardon (OH), Cleveland (OH), Sandy Hook (CT), Broward County (FL), and many others that have taken scores of young lives; and

WHEREAS, too many of our young people are shot and killed on the streets of our major cities almost every day; and

WHEREAS, Americans are 25 times more likely to be killed with a gun than people in other developed countries; and

WHEREAS, assault weapons have no place in society and other types of guns are too easily obtained; and

WHEREAS, teachers are not trained law enforcement officers, and should not be asked or incentivized to keep weapons accessible in their classrooms; and

WHEREAS, there is no reason based on any viable research to suggest that adding guns into a school setting or arming teachers would prevent these acts of violence; and

WHEREAS, schools across the country need considerable additional resources to plan for, assess and prevent such horrendous acts of violence, including coordinating with law enforcement in order to secure our schools from intruders intent upon committing violence; and

WHEREAS, many schools lack the mental health counselors, psychologists, and social workers needed to identify and work with students showing warning signs for depression and violence; and

WHEREAS, the nation’s data collection on gun violence and gun ownership is inadequate to monitor, understand, or prevent these events from happening; and

WHEREAS, the multiple school shootings that the nation has witnessed over the years have complex causes requiring multiple solutions.

NOW, THEREFORE, BE IT RESOLVED by the Sacramento City Unified School District Board of Education which finds and determines as follows: 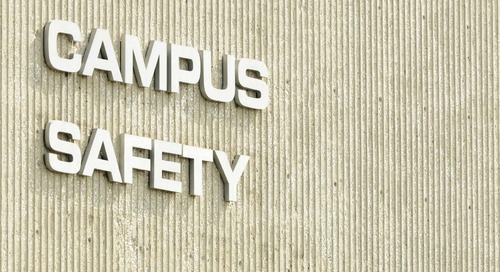