The Ninth Circuit Court of Appeals has upheld a federal district court ruling that school-sponsored prayer, Bible readings and proselytizing at school board meetings are unconstitutional. In Freedom from Religion Foundation v. Chino Valley Unified School District Board of Education, the Ninth Circuit upheld an injunction against a school board's policy and practice of allowing school-sponsored religious exercise during board meetings.

The First Amendment to the Constitution states, "Congress shall make no law respecting an establishment of religion." However, in Marsh v. Chambers and Town of Greece v. Galloway, the U.S. Supreme Court carved out an exception for the practice of opening legislative sessions with prayer, finding that prayer at the start of state legislative sessions and town board meetings fits within longstanding tradition and does not violate the Constitution's Establishment Clause.

In September 2013, the Freedom from Religion Foundation (FFRF) sent the Chino Valley Unified School District Board of Education a letter requesting that it "refrain from scheduling prayers as part of future school board meetings." One month later, the board adopted a policy regarding invocations at board meetings. During board meetings from 2013 to 2015, board members regularly endorsed prayer, read Bible verses, and reaffirmed their Christian beliefs. The record contained at least 14 instances in which a board member read Bible verses during the period set aside for board member comment.

In 2016, a federal district court concluded that the board's actions were an unconstitutional endorsement of religion. (See 2016 Client News Brief No. 20.) The plaintiffs equated the board's action with prayer in schools, which has been limited by the courts.

In finding that the board policy was not within the scope of the legislative prayer exception, the Ninth Circuit emphasized the presence of children at school board meetings. Students play a significant role in board meetings as this is where student accomplishments are recognized, decisions regarding student discipline are rendered and other administrative matters are settled.

The Ninth Circuit explained that unlike a session of Congress or a state legislature or a meeting of a town board, school board meetings function as extensions of the educational experience. The prayers took place before groups of students whose attendance was not truly voluntary. This is unlike the facts in Greece, where the solemnizing and unifying prayer was directed at lawmakers themselves and conducted before an audience of adults free from pressure to participate. Unlike legislative entities, school districts and school boards exercise control and authority over students.

The Ninth Circuit also found the board policy violated the test articulated in the Supreme Court decision Lemon v. Kurtzman. Under this three-pronged test, a government practice: (1) must have a secular legislative purpose; (2) its principal or primary effect must be one that neither advances nor inhibits religion; and (3) it must not foster an "excessive entanglement with religion." The court determined that the board's policy failed the first prong of the test because the policy lacked a secular purpose. Although solemnization was the stated motivation for the policy, shortly after the policy's adoption, a board member publicly described the board's goal as the furtherance of Christianity.

The Ninth Circuit ruling is binding law in California, so school boards should be cautious about holding religious invocations during school board meetings. This decision does not change the legislative prayer exception for municipal legislative bodies.

In 2017, a federal appellate court in Texas upheld a school board's practice of permitting students to deliver a religious invocation at the beginning of board meetings. (See 2017 Client News Brief No. 29.) However, that court also acknowledged two pre-Greece cases where school district board meeting invocations were determined to be unconstitutional school prayer. In those cases, students were in attendance at board meetings in a formal role as student representatives, which was not true in the Texas case.

For more information about this decision or about the exercise of religion at public meetings in general, please contact the authors of this Client News Brief or an attorney at one of Lozano Smith's eight offices located statewide.

Finding—and keeping—the best teachers is one of a principal’s top responsibilities. Establishing methods to... 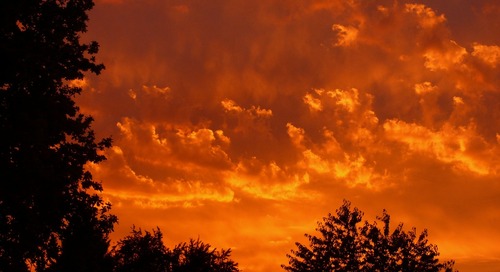 A number of state departments are co-hosting a webinar on smoke and ash safety.