Home » Articles » Got a problem? Think creatively and learn from third-graders
× Share this Article

Audrey Miller, an instructor with the Child Creativity Lab, presents the zip line challenge to a group of third-graders at Tustin Memorial Academy. Photos by Gustav Deutsch.

Ask a room full of third-graders what creativity is and you’re likely to hear the answers tossed at Peter Chang by students at Tustin Memorial Academy:

Or maybe, you’ll get Chang’s response: “It’s about problem solving.”

Chang is the creator of the Child Creativity Lab, a combination mobile and in-house education program that makes use of reclaimed and reusable materials to spark the imaginations of children and adults.

It’s a program that caught the attention of Brandman School of Education faculty member Dr. Faith Polk. She brought Brandman in as an early sponsor of the program and is eager to find ways to incorporate the lab into the way Brandman teaches early childhood educators and even doctoral students.

Chang and lab instructor Audrey Miller instruct the groups of two (and in one case, three) third-graders to create something that can carry a tennis ball down a zip line from the objects in a basket in front of them.

The basket holds, among other things, a couple of cards from a deck of cards, shiny links of chain (rejects from a company that makes swimsuits), various rings (discards from a pool cleaning company), wine corks and plastic forms (courtesy of Edwards Lifescience and originally intended to hold heart valves).

They’re given 30 minutes to complete the task after being reminded that their contraptions have to hold a tennis ball snuggly enough it won’t fall out, must be able to hook to a cable (or in this case, a zip line of twine set up at the back of the room) and be heavy enough, or light enough, to zip down the line.

Although Miller and Change encourage the children to draw plans first, most can’t resist trying to build something immediately. Chang, Miller and one of their teachers take up glue guns at a workstation at the back of the room to help them combine their objects.

Every possible style of “work” is in play. Some teams are deliberate, examining each object, checking the zip line and whispering as they talk over ideas. Others are like dervishes, spinning and hopping and shouting as they manipulate objects, even tossing them in the air.

Chang was working at Allergan Pharmaceutical three years ago when he and his wife began researching school options for their young children.

Inspired by the parks and museums he was visiting with his family, he began to think about ways to foster creativity, not just for his own children but for children throughout Orange County.

Bins of donated material at the Depot for Creative Reuse

“People told me you either are or you aren’t (creative), but that’s not true. Everybody has it and it can be fostered and built upon and that’s what we wanted to do … We know creativity doesn’t really discriminate,” said Chang.

He also knew there were materials being discarded by manufacturers that couldn’t be recycled in the traditional sense might be able to find new uses as the building blocks of creativity.

With a strategic approach and feedback from the community, the Creativity Lab started two years ago as mobile outreach to schools, libraries and parks – anywhere they could set up hands-on projects.

From there, the program has expanded to include a permanent location, the Depot for Reuse in Santa Ana where they house reusable materials reclaimed from companies throughout Orange County and can offer workshops for both children and teachers.

The moments of truth

As Tustin Memorial Academy third-grader teams approach the glue gun station, Chang quizzes them on their ideas. The first to arrive are sure they have a great idea until he asks them how they’ll hook it over the zip line if he glues it the way they want. That sends them back to their basket (along with several other teams who are listening in). One team, however, has already figured it out and soon they’re ready to test their idea.

Chang loads a tennis ball into the hanging basket and listens to their instructions for how to attach it to the zip line. “Get ready to catch it,” he tells them. It lurches and then glides into the hands of the ecstatic girls waiting at the end of the 12 ft. line. (Listen below to two girls explain their solution.)

More contraptions arrive for testing, each one different. Some look like little race cars, others like ski-area gondolas and still others amusement park ride baskets. Some glide without a hitch. Sometimes the tennis ball tumbles out. Sometimes they swing, move and then stall. Some teams have added decorations and bumpers and proudly declare they used almost all their pieces.

Polk and Chang met while working on a Department of Education child care planning committee. Chang’s ideas and his efforts to use science, technology, engineering and mathematics (STEM) and tie it to creativity struck a chord with Polk and the two began discussing ways to involve Brandman faculty, students and advisory boards. Brandman University was also among the first to step forward with a financial donation.

Rather than create programs for younger children, Chang hopes to introduce the concepts to early childhood educators and give child care programs access to the the repository of recycled materials housed at the Creativity Lab Depot for Creative Reuse in Santa Ana.

At an open house at the depot this week, Chang showed off bins holding yarn, previous generation plastic heart valve crimpers from Edwards Life Science, zippers, wooden sticks and burlap bags – all items donated by Orange County businesses. Scholarships make the materials available to schools and other programs, but memberships are also available for members of the public who want to both support the programs and use the materials for their own (or their children’s) projects.

What it’s all about

Two third-graders show off their completed zip line cart. They were the first to test it out.

Back in Tustin as the session ends, Chang quizzes the third-graders on what was hard, what they liked and what they learned. Figuring out how particular pieces could be glued together is as well as how to carry something that was freshly glued without it falling apart. They think they did better as teams of two than they would have done on their own. The team of three thinks three was harder than two. They learned from each other. They used their imaginations.

“In the real world,” Chang asked them, “do you think something works the first time for inventors and engineers?”

“For every new medicine, there are about a thousand that fail,” Chang tells them. “They learn from what went wrong and go fix it.”

How to get involved

To learn more about today's most innovative classroom and administration methods, join us on November 8-10 in San Diego for ACSA’s annual Leadership Summit, a world-class premier professional development event. The Summit is a gathering of educators at all levels of administration in celebration of the profession. For 2.5 days, this event provides opportunities for invaluable networking, offering professional development on current critical leadership and educational issues. 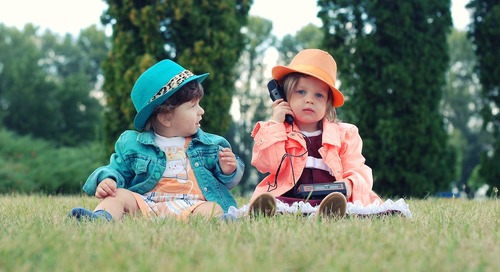 Why you need to talk, talk, talk to young children 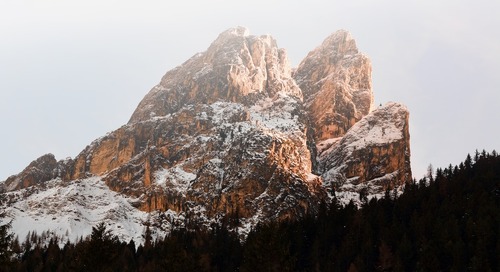 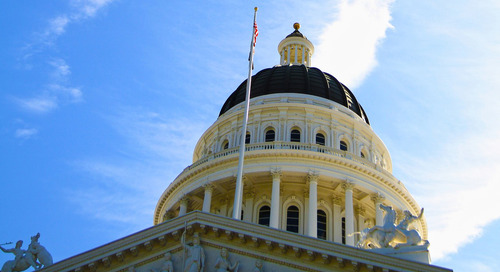 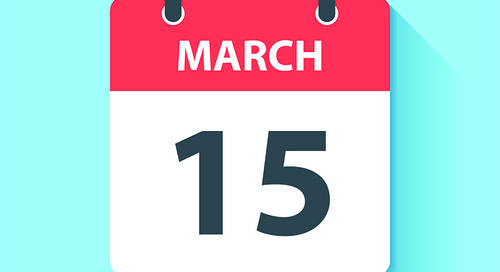