How does positive thinking affect neuroplasticity?

By Dr. Lou E. Whitaker for MeteorEducation, an ACSA Partner4Purpose.

While working with a group of fifth-graders the other day we had a wonderful discussion regarding neuroplasticity and how one could actually change the shape and development of his or her brain. These students already had the basic understanding of how neurons process and store information and how they form neural networks when learning something new. They understood that neurotransmitters were passed from one neuron to another and recognized the importance of the synapse. As their brains connected new information to their prior knowledge, more and more synapses are formed within the human brain. What they didn’t realize was how positive and negative thoughts affect this growth and development of these miraculous neurons and their synaptic junctions.

What is going on in the brain when one produces positive or negative thoughts?

Every thought releases some type of chemical. When positive thoughts are generated, when you’re feeling happy, or optimistic, cortisol decreases and the brain produces serotonin, creating a feeling of well-being. When serotonin levels are normal, one feels happy, calmer, less anxious, more focused and more emotionally stable (Scaccia, 2017). Dopamine is also a neurotransmitter that helps control the brain’s reward system and pleasure center.

Daniel Goleman, author of “Focus: The Hidden Driver of Excellence,” states that the brain has heightened prefrontal activity and positivity resulting in enhanced mental functions such as creative thinking, cognitive flexibility, and even faster processing. Positive emotions actually widen our span of attention and it also changes our perception and focus on more of the “we” instead of the “me” (Goleman, 2013. pg. 170). And I asked the students, “Isn’t this exactly what we want when working collaboratively with fellow classmates?”

Taking a look at the prefrontal cortex, when happy thoughts occur, there is brain growth through the reinforcement and generation of new synapses. The prefrontal cortex is where all mind/brain functions conjugate and then are disbursed to various parts of the brain or transmitted to other parts of the body. The prefrontal cortex is the switching station that regulates the signals from the neurons as well as allows you to reflect and think about what you are doing at the time. It allows you to control your emotions through your deep limbic brain. Since it allows you to focus, it also gives you time for metacognition (being aware of one’s own thought processes).

As our discussion continued with the students, we talked about what happens when they’re anxious, under stress or angry. The brain actually draws precious metabolic energy away from the prefrontal cortex. With these negative thoughts, the brain can’t perform at high or even normal capacity. When stressed or scared, it’s difficult to take in and process new material, yet alone think creatively. “Stress can alter plasticity in the nervous system, particularly in the limbic system” (Sapolsky, 2003).

Goleman believes that social pain is hardwired into the brain in a way that physical pain is not, hence we can relive it over and over in our minds (Goleman, 2013). He explains the emotional tone of a boss delivering criticism to the employee will have a greater effect on the individual than the actual statements themselves. Likewise, the emotional tone of the teacher delivering feedback to a student will have more of an impact than the actual feedback itself. I reminded the students that equally important is their emotional tone when working with their fellow classmates.

The frontal lobe, particularly the prefrontal cortex, decides the amount of attention to pay to something based on its importance and how you feel about it. The more you focus on negativity, the more synapses and neurons your brain will create – supporting your negative thought process. Negative thoughts slow down the brain’s ability to function and it actually impedes cognition.

Behavioral scientists have also observed some interesting differences between optimists and pessimists. Besides the fact that optimists are more preserving and successful in life, they also tend to have better physical health. Being optimistic “involves highly desirable cognitive, emotional, and motivational components” (Reynolds, 2011).

The class concluded with a summary on what the students had learned about the power of positive thinking. Since the prefrontal cortex is the part of the brain that helps them control their emotions and behaviors, they understood how it also helps them stay focused. By thinking positive thoughts, the students came to realize they have the ability to enhance their higher-order thinking skills as well as analyze and control their cognitive processes, especially when actively engaged in learning. After a few moments of letting the students process what they just learned, Tony summed it all up by saying, “So, to get better at learning — to improve our thinking – we need to keep our brains happy.”

For the latest and most relevant content in education administration for both new and long-serving professionals, join ACSA today and access conferences, credentialing programs, academies, award-winning publications like EdCal and Leadership magazine, and a wide variety of member benefits, including a free one-on-one mentorship program, leadership and networking opportunities, and discounts on products and services. Learn more about ACSA member benefits and resources. 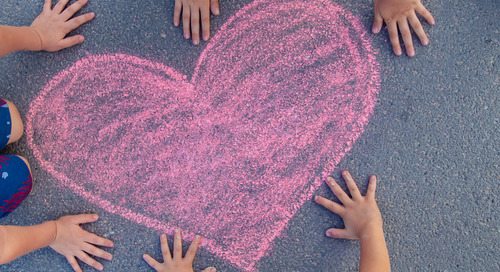 Flippen Group asks: How can we hope to develop children’s minds when their most basic emotional needs are g... 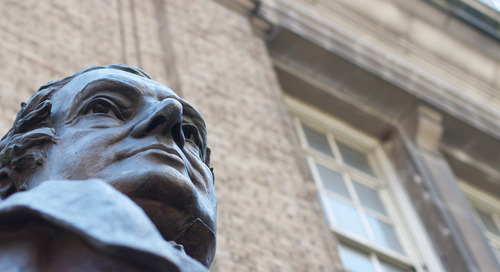 Charter schools seeking approval of additional school sites must do so through a material revision of their...