In Estill v. County of Shasta, the Court of Appeal has ruled that a public entity has no duty under the Government Claims Act to advise a claimant that they may seek leave to file a late claim within 45 days, where the claim appears to be timely on its face.

Renee Estill, a former employee of the Shasta County Sherriff's Office, submitted a government claim form to Shasta County on February 23, 2012. In the claim form, she alleged that her coworkers discussed a confidential internal investigation of which she was the subject, and spread rumors about her based on the investigation. Estill repeatedly represented on the form that she first became aware of the alleged incidents on September 9, 2011. The county accepted the claim as timely, and denied the claim on the merits without warning Estill to seek leave to present a late claim.

After Estill filed suit, the county learned at her deposition that she was actually aware of the alleged incidents in 2009. The county's motion for summary judgment was granted by the trial court based on Estill's claim being untimely filed. Following the judgment, Estill requested and was granted a new trial. Estill asserted that the county waived its defense of untimeliness when it failed to warn Estill that she should seek leave to present a late claim pursuant to Government Code section 911.3(b). The county appealed.

The Court of Appeal ruled in favor of the county and found that a claimant may be prevented from asserting that a public entity has waived its defense of untimeliness when the reason the public entity fails to notify the claimant that a claim is untimely results from the claimant's representations on the government claim form.

The Government Claims Act allows a claimant to sue a public entity, including local government agencies, public school districts, and community college districts, after meeting certain procedural requirements. One requirement is that a claimant must file his or her claim with the governmental entity within six months of the "accrual" (learning of the alleged wrongdoing that caused injury to the claimant) of the injury. Under Government Code section 911.3, a waiver of the six month timeliness requirement occurs when the governmental entity does not advise a claimant within 45 days of the presentation of an untimely claim that leave may be sought to file that late claim.

In this case, Estill first became "aware" of the alleged wrongdoing in 2009, but represented on her government claim form that she did not become aware until 2011. The court reasoned that because Estill withheld information that would alert the county that she might have been aware of the incident prior to 2011, she intended for the county to rely on her representations that her claim was timely filed, which the county did. The court continued that it would be unfair to allow Estill to subsequently assert that under section 911.3, subdivision (b), the county waived its timeliness defense by accepting her repeated representations at face value, especially when there was no indication the representations were untrue.

This new ruling allows any public entity to accept the representations of timeliness on a government claim form at face value and to deny the claim on its merits, while also preserving its defense of untimeliness if it learns at a later date that the claim was untimely. Furthermore, a public entity may rely on the representations in the claim form without conducting its own investigation into the timeliness of the claim, so long as the claimant does not provide information that the claim might be untimely. 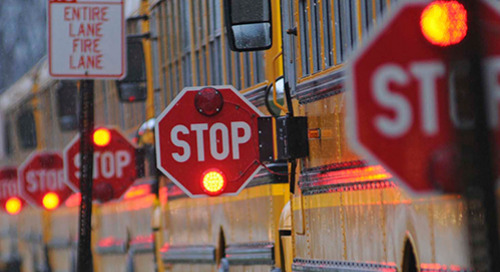