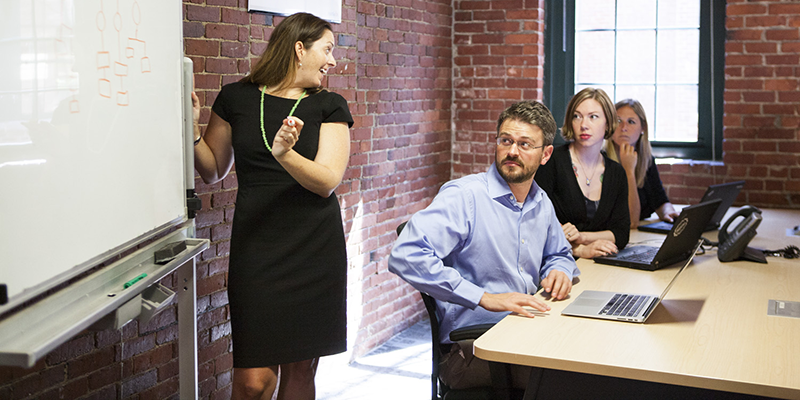 Nine out of 10 will daydream. Nearly three-quarters will work on other tasks. As many as 39% may be in danger of dozing off. About half will walk away agreeing that meetings are their biggest time waster at the office.

Lack of employee engagement is a problem that is plaguing businesses and education leaders alike—and it’s not just during meetings. Fewer than a third of U.S. workers are engaged in their jobs, leaving leaders struggling to figure out how to turn the tide. Many simply give up, allowing their organizations to stagnate.

But when it comes to meetings, there’s no such thing as treading water, says Kathy Ohm, director for ACSA’s Meetings Master program, a workshop that teaches education leaders how to run powerful, effective meetings.

“Either you’re on an upward spiral, or you’re on a downward spiral,” she said. “You don’t get a status quo. We only achieve homeostasis when we’re dead.”

The Science of Engagement

The most important thing to understand about work meetings is that they never happen in a bubble. Every

meeting (including the bad ones) has a ripple effect throughout your organization.

The reason has to do with how people’s hearts and brains work. Laboratory studies have confirmed the heart emits an electromagnetic field that can be detected by other people—and exert a measurable influence on them—from up to 5 feet away.

“Our thoughts and emotions affect the heart’s magnetic field, which energetically affects those in our environment whether or not we are conscious of it,” says the HeartMath Institute, which studies the role of the heart in human performance.

This means in a meeting, everyone’s emotions are impacting everyone else’s. It also means that after a meeting, each attendee’s resulting emotional state will have an impact on everyone they encounter.

This heart energy we walk around with also influences other people’s neurochemistry. When people feel a sense of belonging and connection, it raises the levels of dopamine and oxytocin in the brain. When people feel rejected or pressured, they get flooded with stress hormones. The types of hormones being triggered can directly impact the quality of both the conversation and the decision-making that occur during a meeting—as well as those that take place afterward.

“Human beings need to feel they belong and connect with each other in safety to create together a higher level of shared intelligence,” Ohm said. She describes meetings as energy fields in which individual intelligence can either get shut down (triggering stress hormones) or activated to create “a field of energy that enables higher shared intelligence to show up.”

As a result, leaders need to be aware of not only what emotional baggage they’re bringing to the meeting, but of how other people’s emotional states affect both the group dynamic and the organization as a whole.

It’s also interesting to note that in a positive emotional state, the heart’s magnetic field becomes more organized—a fact you can use to your advantage. By positively engaging employees’ emotions, education leaders use them to drive deeper meeting participation while rallying the group around a shared goal.

Science aside, there are several simple strategies education leaders can employ to help boost engagement in meetings.

Employing these key strategies not only boosts the effectiveness of meetings, but it can help promote heightened overall engagement throughout your organization. Employee engagement researcher Joseph A. Allen has found that “as managers make their workgroup meetings relevant, allow for employee voice in their meetings where possible, and manage the meeting from a time perspective, employees appear poised to fully engage themselves in their work in general.”
Experience engaging topics like these in person at one of ACSA's Educational Services program. Learn how district and school administrators are expected to be great leaders. 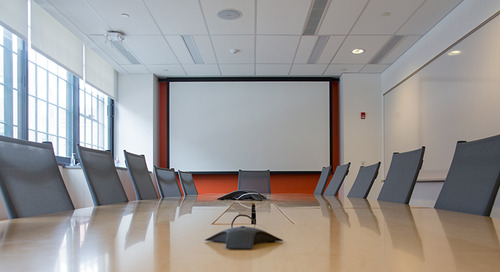 The average worker attends 62 meetings a month—and about half that time is completely wasted.